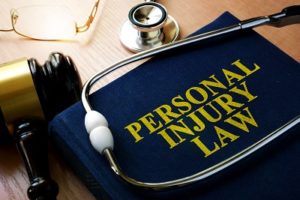 Although everyone is at risk of injuries when involved in a car accident, studies have shown that elderly victims often take longer to recover from their injuries than younger victims. They are also at a much higher risk of dying from their injuries. If your loved one has been injured in an Arizona car accident, a personal injury lawyer in Peoria, AZ can help you get the financial justice they deserve.

Multiple studies have shown the risk that the elderly face in crashes. One such study was conducted by the University of North Carolina Chapel Hill’s Department of Emergency Medicine. There were 161 participants who were 65 years of age or older. Each participant had been injured in a vehicle accident where the injuries required going to the emergency room but did not require being admitted to the hospital. The researchers did not include injuries to the brain or spine, major lacerations, or fractures in the study.

In addition to rating their pain level, each participant was asked to rate their ability to do everyday activities and tasks, such as carrying in groceries and climbing stairs.

In the first interviews at emergency rooms, just over 70 percent of accident victims rated their pain level at moderate to severe. Six months later, 25 percent were still struggling with moderate to severe pain levels from their injuries, the most common areas of pain coming from the head, jaw, neck, legs, and lower back. The majority of victims said this chronic and persistent pain had a profound negative impact on their ability to do daily activities and many had been forced to change their living situations because they could no longer do many of these things on their own.

In addition to taking longer to heal, other studies have shown that elderly people who suffer from chronic pain are exposed to other dangerous risks to their health, such as being more susceptible to falls and a decrease in their cognitive abilities.

Tragically, the impact car accident injuries can have on victims, especially the elderly, can cause long-term or permanent hardship for the victim. To find out what legal options you may have, contact Saavedra Law Firm, PLC to schedule a free consultation with a Peoria, AZ personal injury lawyer.