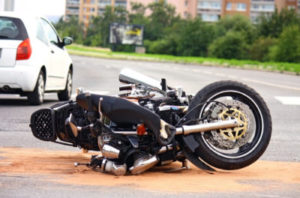 There are many open highways and scenic routes in Arizona. Motorcyclists often enjoy exploring these roads. However, they face substantial risks. They are particularly vulnerable to the possibility of catastrophic or even fatal injuries. There is little to protect a motorcyclist in case of a collision or rollover. Motorcyclists are not shielded by a structure, a crumple zone, airbags, or seatbelts. If you were injured or a loved one was killed in a motorcycle accident in Maricopa County, you should consult Phoenix motorcycle accident lawyer Freddy Saavedra. He can fight for your right to full compensation.

Holding a Driver Liable for a Motorcycle Accident

Often, the injuries arising out of a motorcycle accident are major. These injuries can include paralysis, spinal cord damage, traumatic brain injuries, skull fractures, internal organ damage, internal bleeding, broken bones, lacerations, and many other injuries. Some injuries may necessitate surgery, and others may require alterations to a victim’s home. Many people do not have enough saved up in case of substantial injuries that require significant treatment.

Motorcyclists must follow the ordinary rules of the road, as well as other separate laws enacted only for motorcyclists. For example, they are not allowed to pass a vehicle with which they share a traffic lane. They cannot split traffic lanes. Riders need to have headlamps on their motorcycles and have a rearview mirror, secure seats, and secure footrests for themselves and passengers. However, they are entitled to be treated like other larger vehicles on the road. Unfortunately, many drivers of larger vehicles do not treat them as equals and may fail to yield or fail to take care around them. When this happens, a motorcycle accident attorney in the Phoenix area can help them fight for compensation.

Common reasons for motorcycle accidents include being struck by a vehicle following too closely, a larger vehicle’s failure to yield, being hit by a flying object such as debris, being hit by an extended mirror of a larger vehicle, bad road conditions, and mechanical failures. In order to recover damages after a motorcycle accident caused by someone else, you will need to prove that the defendant owed a duty of care, but a breach of the duty of care occurred, causing the accident. The police usually come out to the scene of a motorcycle accident, and they may make a determination of who was at fault for the accident.

If any party to a motorcycle accident broke a law, the violation is likely to be considered a breach of the duty of care. For example, if the driver of a car runs a traffic signal while you are making a left turn on your motorcycle and have the right of way, it is likely that a Phoenix motorcycle accident attorney can prove that the other driver breached the duty to use reasonable care.

Arizona follows the doctrine of comparative negligence. The jury will determine the total damages and assign each of the various people involved in the accident a percentage of fault. Your damages will be reduced by an amount equal to your percentage of fault, if any. For example, a driver might argue that a motorcyclist was speeding, which contributed to the accident or their injuries. Retaining an attorney who can investigate the accident scene from your perspective can help you defeat an argument of comparative negligence.