How Onstar Can Affect Insurance Rates

A Guide to Onstar and Insurance Rates 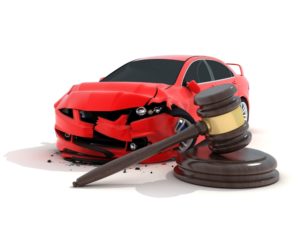 If you watch TV, listen to the radio, browse YouTube, or even talk with friends or family about your insurance, you likely have heard of OnStar. While most people are very happy with OnStar, and there are a number of reviews that confirm their service, there are some people who claim that the service is similar to ‘Big Brother’, and is an invasion of privacy.

In addition to controlling and monitoring the severity of an impact or airbag deployment, Onstars’ Vehicle Command Interface Module can record whether or not you are wearing your seatbelt or the speed at which you are driving. OnStar also keeps all the events that led up to an accident, as well as what happened during and after. This information is saved for approximately 45 days after the accident. The Call Center at OnStar keeps all received information for at least one year. This is done so they can maintain their quality control and follow up with any complaints made.

According to OnStar, they also pass on their recorded data to auto manufacturers. This is done in an effort to improve the safety of their vehicle. Critics of OnStar allege that the information could be used to:

The reason for such criticisms can be attributed to the Privacy Policy of OnStar which says it will share any personal information in order to comply with:

OnStar also says it shares information with GMAC, which offers car insurance. In 2003, the United States Appeals Court ruled that the U.S. government may be able to eavesdrop on drivers and the occupants of a car through devices that are similar to OnStar. Although it never actually mentioned the name OnStar, there were suggestions that implied they were talking about the telematic service company.

Although OnStar might be the most popular telematic service company, it is certainly not the only one. Car manufacturers have developed similar systems that include:

The latter two telematic service companies are currently only available in Japan; however, it is likely that they will be introduced to the United States in the near future.

Can Your Insurance Be Reduced When You Use OnStar?

If you would like to know more about how Onstar can affect insurance rates, please call Saavedra Law Firm today.