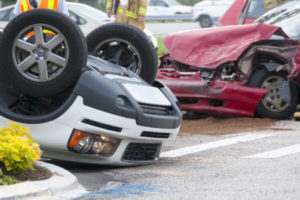 Saavedra Law Firm, PLC
Before you speak with insurance claims adjusters in the wake of an auto accident, speak with an experienced car accident lawyer Peoria, AZ residents trust at Saavedra Law Firm, PLC. You may not yet have all the facts about your accident and anything you say that could be interpreted as assuming the blame for your collision could be used as an excuse to deny you a fair settlement. In the event that another motorist involved in the accident was affected by any of the “Four Ds” or was otherwise negligent or reckless in their driving behavior, you may be entitled to sue them for damages related to the injuries and property damage you sustained in the crash.

How do I prove who was at fault for my car accident?

In the aftermath of a serious car accident that results in injuries, it’s not unusual for the person who caused it to deny that they’re responsible for paying the damages. Even their insurance carrier may deny liability because they do not want to pay out a costly claim. And the more costly the damages, the more likely these scenarios are to occur. Our team at Saavedra Law Firm, PLC focuses on cases of this nature, and they are all too common in Arizona.

However, the law is on the side of victims and once proof of liability is made available to those concerned, the victims can expect to get the compensation they deserve. We can help you get the maximum settlement possible. Call us without delay to speak with a respected lawyer to learn more.

Our Car Accident Lawyer Gets Results

Proof of liability is essential in order to get compensation from the at-fault party’s insurance carrier. Having focused on liability and personal injury law for many years, our team knows how to build a compelling claim. In many instances, it is necessary to provide proof of liability and documentation of a client’s damages.

Without both, it is very likely the claim will be denied, or in the best-case scenario, a paltry settlement will be offered by the insurance company. To avoid these scenarios, it’s often necessary to hire a skilled lawyer such as one from our law firm, to build and submit the claim, then follow it up with a tough negotiating stance.

What is considered compelling proof of liability?

As a car accident lawyer from our law firm knows very well, the more evidence the better when it comes to building a strong claim. Should the claim be denied and the client decides to escalate the matter to a lawsuit, the same evidence may be used in court. Therefore, it’s important to get it right the first time and put in the necessary due diligence. A lawyer can do this on your behalf so that you can focus on recovering from your injury.

Here are two types of evidence that can help establish proof of liability:

If You’ve Been Injured by a Drunk, Drugged, Drowsy, or Distracted Driver

Many of the “everyday” car accidents that occur on American roads are caused (at least in part) by drivers who are affected by behavior known as “The Four Ds.” These drivers are distracted, drowsy, drunk, and/or drugged as a result of either medication or illicit substances. It isn’t always easy to know whether other drivers who were involved in your accident were affected by any of the Four Ds at the time of your crash. That’s where we come in.

A car accident lawyer in Peoria, Arizona has experience dealing with all kinds of auto accidents. We know how to obtain the evidence we need to determine what really happened and who was to blame for the harm that was caused by the collision in question. You don’t have to know “what happened” for sure to explore your legal options. Our firm’s experienced team can help to uncover the truth and advise you of your legal options accordingly.

No two car accidents unfold in the exact same way. It’s important to remember that when it comes to auto accidents, things aren’t always as they seem. Even if you believe that you may have been at-fault for your accident, you may not truly know what factors led to injuries and property damage until you’ve spoken with the experienced Arizona legal team at Saavedra Law Firm, PLC.
Oftentimes, it comes to light that even if one driver was briefly distracted, the other driver involved in the accident was far more distracted, drowsy, drunk, high, enraged, or engaged in other conduct that contributed to the crash in question far more than the driver who was distracted for an instant.

When a Car Insurance Company Does Not Act in Good Faith

Rarely does a serious injury not result in costly medical bills following treatment. Whether the individual has their own insurance or is relying on the insurance company of another (such as the at-fault driver’s following a car accident), they have a reasonable expectation that their medical bills will be paid in full and on time.

By law, an insurance company must “act in good faith” in fulfilling their obligation to pay out on legitimate claims. If they do not, they can be held liable and taken to court. The claimant has the right to hire a lawyer to hold the insurance company responsible. Unpaid medical claims can run into the hundreds of thousands of dollars, and claims of nearly one million dollars are not that unusual.

Unfortunately, when someone is suffering from a terrible injury, they may be hospitalized or bedridden at home. Their energy level and ability to focus on complicated issues may be severely impacted. Filing court papers or negotiating with the insurance company may be out of the question. This is when turning the matter over to an experienced lawyer can make all the difference.

Otherwise, the insurance company is more than likely going to take a hardline position and not be fair in its dealings with the claimant. The company may fail to act reasonably when processing the claim, investigating it, or in paying it out. Meanwhile, the individual is left holding the medical bills and hoping their treatment is not halted for non-payment.

Understanding the Laws Regarding Acting in Bad Faith

The laws that focus on acts of bad faith on the part of insurance companies varies somewhat from state to state. Some are stricter than others. The claim may have to be based on torts law, or it may be considered a civil matter. With the help of a legal professional, you can establish how your state’s laws apply to the actions and/or inaction of the insurance company. You may have a valid case if any of the following are true:

Fighting an Insurance Company that Acts in Bad Faith

While it may be tempting to walk away from an injury claim that has been rejected or ignored by the insurance company, in many cases this is not practical or possible. When an insurance company refuses to offer a fair settlement to a claimant who sustained a serious and costly injury, it may be time to call a lawyer.

Try not to make too many assumptions about the relative strengths and weaknesses of your case until you’ve spoken with our firm. Similarly, try not to admit any blame before we’re had a chance to assess the situation and wait to return calls from insurance claims adjusters until we can speak with them on your behalf. Assuming and admitting blame now can compromise your ability to obtain the maximum amount of compensation to which you’re entitled.