Understanding Stop and Searches of Vehicles in Arizona 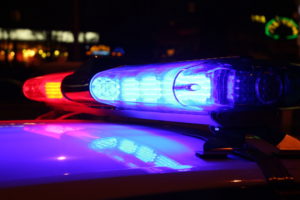 When it comes to any vehicle, it is safe to say that there is a reduced degree of privacy that other enclosures, such as a home, may be afforded. In Arizona, there is a law that gives authorities more power of vehicles. This law is known as the mobile conveyance exception. In short, because a vehicle has the ability to leave the scene, flee the court’s jurisdiction, or refuse action upon law enforcement, police are able to stop and search vehicles in Arizona much easier than they would be able to do so if a home was involved.

This law stems from a 1925  U.S. Supreme Court ruling that sanctioned the warrantless search of vehicles. Although the law was developed because of prohibition, it is now still used by authorities. A popular case involved two men who were known to traffic illegal alcohol. Police believed they were in possession of the alcohol, and due to the ruling, they were able to stop and search the vehicle on a Michigan highway. Indeed, in the rear seat there was alcohol.

In order to conduct a warrantless stop and search of a vehicle in Arizona, is that authorities must have probable cause of reasonable suspicion.

Probable Cause: By definition, probable cause is defined as having a reasonable belief that a crime has been, or is being, committed.

According to The Fourth Amendment in the U.S. Constitution, it is prohibited for authorities to conduct unreasonable search and seizures. However, states have the right to adopt greater protections, but are unable to take anything away from the Amendment.

The Doctrine of Plain View

When law enforcement sees something that is considered to be contraband or evidence of a violation of law, The Doctrine of Plain View may apply. In this case these items can be seized without a warrant. For example, if you are driving, and there is an unregistered handgun on the passenger seat at the time of being pulled over, the gun will likely be confiscated by the officer. It is also possible that you may face criminal charges.

New Limits on Searches of Vehicle

In 2018, the U.S. The Supreme Court ruled that when a vehicle is parked at a private residence, or on the property of a residence, a warrant will generally be needed. In other words, if there is a stolen car with a tarp on it on a private property, police can typically not walk up to the car and remove the tarp without a warrant.

Giving Your Permission for a Search of Your Vehicle

In Arizona, police might ask you to search your vehicle when they stop you. It is your right to refuse. Although the officer might appear upset, you are well within your right to decline their request. You should remain polite and let the officer know that you are upholding your Constitutional rights.

If you do consent, you can dictate the extent of the search. For example, you can limit it to the trunk, back seat, or glove compartment. If the limited search does produce probable cause, the search will then become unrestricted.

If you refuse altogether, the officer will need to identify probable cause or suspicion before getting a search warrant. If he or she pursues this, you can be detained for the time being.

Finally, in a limited number of situations, police can search your vehicle without any consent. This might apply when the officer, for example, hears a voice coming from the trunk.